Unlock The Power of God In Your Life 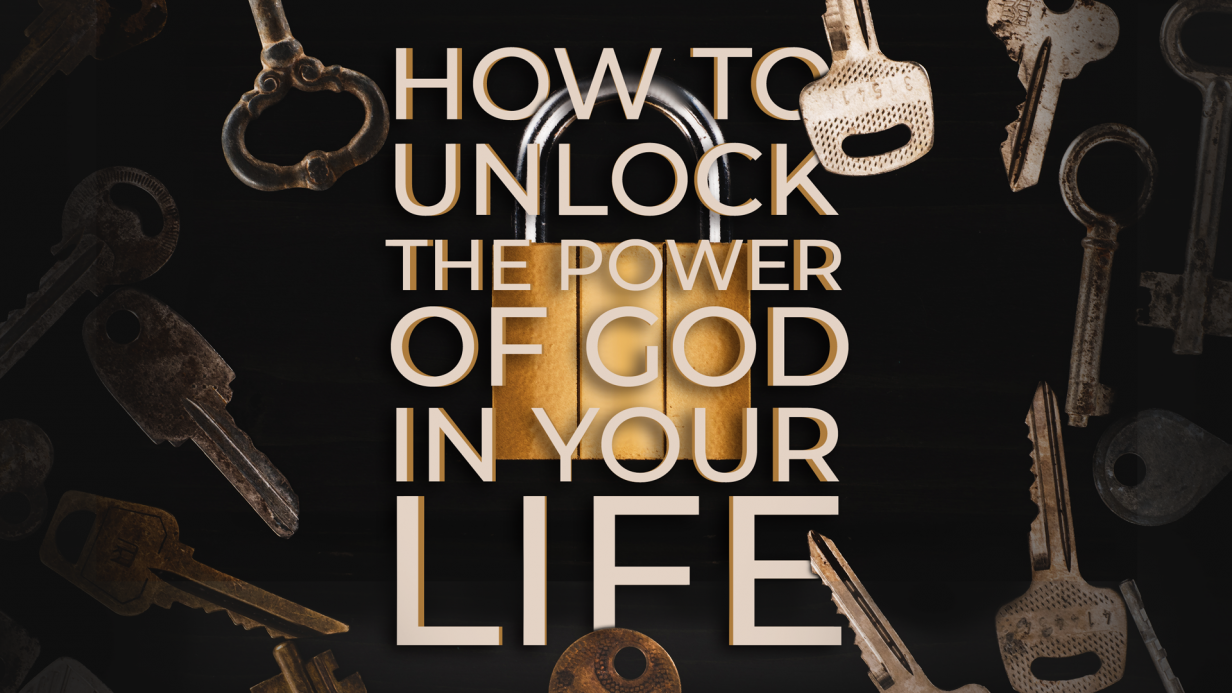 While my wife Kristi and I were serving as associate pastors at a church in Georgia, we had a special service with a very well-known and respected minister. The man was much older but still very vibrant and highly sought after. I was excited to have him at our church even for one day. I was a young minister and I had a question for this aged sage. I knew if the opportunity presented itself, I would ask it.

After the Sunday morning service, our ministerial staff went to lunch with our guest. I went early to save some tables, and he was the first one to sit down. I saw my chance to ask my question, and I took it.

“Sir, I’m a very young minister,” I said, “and I have seen and heard of the way God has blessed your ministry. If you could give me one word of advice, what would it be?”

I braced myself for the awe-inspiring words I knew were about to flow from his mouth. I was ready to receive his magic wand of ministry, and I was not going to miss a word. He stared blankly for a moment and then began to speak. “Son, you need to pray, fast, and read your Bible.”

I waited for the rest of the story, but that was it. When I realized he was done talking, I sank back into my chair and thanked him in a low, disappointed voice. That was it? I thought to myself. I already knew I had to do those things! Maybe this wise sage isn’t so wise after all. Maybe he’s just forgotten the keys to his success. Surely, he has better advice for me than that! But there was nothing more. That was it.

I went home that afternoon disappointed and disheartened. I wanted to find the magic wand of success, but instead I had received the lowly broomstick of boredom. Everyone knows you have to pray, fast, and read the Bible. That was not an awe-inspiring realization. I felt as if someone had just ripped the head off my favorite teddy bear—uh, I mean, ripped a page out of my favorite manly, outdoor magazine.

But as I laid there on the couch, wallowing in my disappointment, I had a realization. Maybe that is all it takes to be successful with God. Maybe the old sage truly was wise. Maybe he had given me life-changing advice after all. I began to realize this man had dumped the keys to the Kingdom in my lap that day. All the secrets to intimacy with God could be found in those three things, the basics of Christianity—prayer, fasting, and Bible study. How simple it was!

I had wanted some new thought, new idea, or new prayer that would unlock God’s plan and power in my life. But I received nothing new. I received, instead, the most basic of concepts: To be close to God, I had to stick to the basics. Don’t make it complicated. Don’t look for the magic wand—it doesn’t exist. Continue doing the things you already know to do. You don’t need anything more than that. Pray daily. Fast a meal regularly. Open your Bible and read it every chance you get. These things will not only teach you about God, but they will allow you to communicate with Him and draw close to Him.

There is no magic wand for Christian living. Just do what you know to do. Pray. Fast. Read your Bible. Those words have unlocked the power of God in my life many times over, and I know they’ll do the same for you—but only if you put them into practice.

(adapted from Darren’s book, “Dear God We Need to Talk,” from Charisma House)