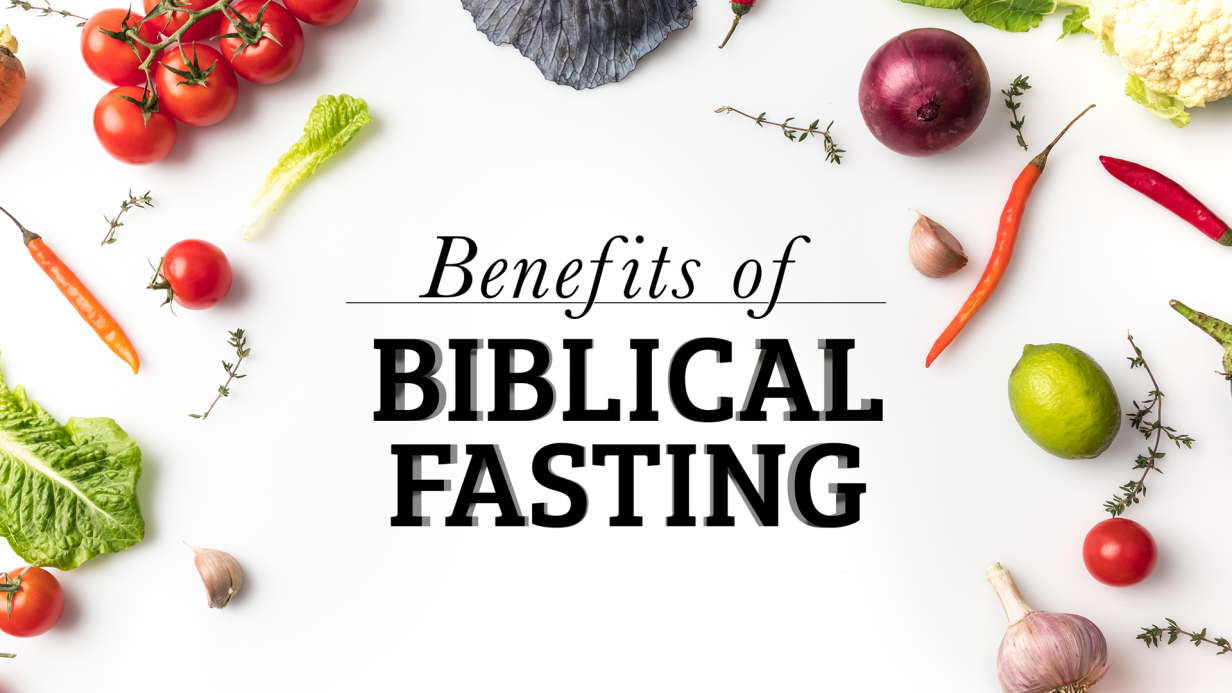 The Scriptures seem to suggest that God honors fasting when performed as a token of deep and sincere dedication. It is a biblical way to truly humble ourselves in the sight of God. Fasting and prayer can restore the loss of the “first love” for our Lord and result in a more intimate relationship with Christ. It enables the Holy Spirit to reveal our true spiritual condition, resulting in brokenness, repentance, and a transformed life. There do seem to be benefits to voluntary fasting at certain times.

Biblical fasting brings us into a closer union with God. While our bodies are being deprived for the purpose of drawing near to God, He has promised in return to draw near to us. This is a spiritual certainty. As we decrease, the Spirit increases.

Fasting is a way to worship. Luke 2 tells the story of an 84-year-old prophetess named Anna. Verse 37 says, “She never left the temple but worshiped night and day, fasting and praying.” Anna was devoted to God, and fasting was one expression of her love for Him.

As individuals, through fasting, we are strengthened and renewed. “Though outwardly we are wasting away, yet inwardly we are being renewed day by day” (2 Corinthians 4:16). While this verse applies to our eternal destiny, the principle applies to our daily sojourn; as we humble and deprive our bodies through fasting, our spiritual person is made stronger and our senses more acute. This principle served the apostles well during the early church days.

Fasting helps us to seek deliverance or protection. Ezra declared a corporate fast and prayed for a safe journey for the Israelites as they made the 900- mile trek to Jerusalem from Babylon (Ezra 8:21–23).

We gain victory over our enemy by fasting. After losing 40,000 men in battle in two days, the Israelites cried out to God for help. Judges 20:26 says all the people went up to Bethel and “sat weeping before the Lord.” They also “fasted that day until evening.” The next day the Lord gave them victory over the Benjamites.

Instructions and directions, when fasting, are received from God. This was a benefit of the apostles when they were facing God’s will for Barnabas and Saul’s ministry. From the instructions and directions, from God, they made their decisions as to what the two apostles were to do and where they were to go and who they were to talk with, etc. “While they were worshiping the Lord and fasting, the Holy Spirit said, ‘Set apart for me Barnabas and Saul for the work to which I have called them.’ So after they had fasted and prayed, they placed their hands on them and sent them off” (Acts 13:2, 3).

Fasting brings God’s mercy. By humbling themselves and fasting, some wicked kings, who were destined for destruction, received mercy from God (1 Kings 21:29). The entire city of Nineveh, including animals, fasted upon hearing the pronouncement of judgment from the prophet Jonah and God spared them (Jonah 3:10). Jesus received divine preparation for His earthly ministry while fasting and enduring temptation. Moses waited upon God forty days and received the divine revelation of God’s commandments.

Fasting may be spiritually beneficial in times of personal sorrow. David and his men mourned and fasted upon hearing of the death of Saul (2 Samuel 1:12), and Nehemiah did similarly when he was informed of Jerusalem’s decimated condition (Nehemiah 1:4. Nehemiah mourned, fasted, and prayed when he learned Jerusalem’s walls had been broken down, leaving the Israelites vulnerable and disgraced (Nehemiah 1:1–4). Fasting and prayer would certainly seem to be fitting when a loved one is critically ill (2 Samuel 12:16).

Fasting is an outward and genuine indication of contrition or repentance. Fasting is frequently accompanied with repentance as an outward and genuine indication of contrition for spiritual rebellion (1 Samuel 7:6). After Jonah pronounced judgment against the city of Nineveh, the king covered himself with sackcloth and sat in the dust. He then ordered the people to fast and pray. Jonah 3:10 says, “When God saw what they did and how they turned from their evil ways, He relented and did not bring on them the destruction He had threatened.” The people of Nineveh proclaimed a fast when they were made to recognize their sins (Jonah 3:5).

Fasting was practiced in connection with great and important events. In preparation for receiving the Law. Moses fasted during that period when he was receiving the law (Exodus 34:28).

Fasting prepares us for ministry. Jesus spent 40 days and nights in the wilderness fasting and praying before He began God’s work on this earth. He needed time alone to prepare for what His Father had called Him to do (Matthew 4:1–17; Mark 1:12, 13; Luke 4:1–14). (2) The church fasted before sending Barnabas and Saul on that perilous first missionary campaign (Acts 13:2, 3). Fasting was certainly a component in the dynamic ministry of Paul (2 Corinthians 6:5; 11:27).

Fasting is indicated in an increase in life expectancy.  The National Institute on Aging (NIA) recently revealed that intermittent fasting could be the greatest key to longevity, according to USA Today. Although most individuals in this study fasted to lose weight, the new study shows that intermittent fasting between regular periods of eating is linked to lower risks of disease and aging. The researchers associated with the NIA also shared that increasing the time between meals can improve overall health and lengthen life expectancy. The test results of fasting and its relation to aging, provided by the National Institute on Aging (NIA), came from tests that were done on mice who showed improved results when they were not eating as often as the mice in a separate test. Additionally, the test showed that regardless of what the mice ate, or how many calories they consumed, they still fared better than the mice that ate more often.

Fasting not only gives spiritual benefits but physical ones as well. Physicians indicate that moderate fasting can be a benefit to health, having the effect of allowing our systems to occasionally cleanse themselves from built-up chemicals, metals, and other toxins. When you fast, your cells, tissues, and organs dump out the accumulated waste products of cellular metabolism as well as chemicals, heavy metals, pesticides, and solvents. Fasting revitalizes you in every way: mentally, physically, and spiritually. It also allows the overburdened liver to ‘catch up’ on its detoxification work. Also, the mind appears to be able to plumb greater depths of contemplation during periods of fasting.

Warnings for Those Who Fast

Admittedly fasting can be abused. The practice must never be employed as a substitute for personal godly living. Isaiah delivered a blistering rebuke to those who fasted, then pursued their own worldly pleasures (Isaiah 58). Moreover, fasting must not be an occasion for the flaunting of one’s religion. The Pharisees were guilty of this very thing (Matthew 6:16-18).

Finally, the rigors of fasting must not be allowed to ignite a spirit of religious smugness and self-righteousness. This certainly could be a temptation (cf. Luke 18:9-14).

Wesley Duewel, a twentieth-century writer, said, “You and I have no more right to omit fasting because we feel no special emotional prompting than we have a right to omit prayer, Bible reading, or assembling with God’s children for lack of some special emotional prompting. Fasting is just as biblical and normal a part of a spiritual walk of obedience with God as are these others.”

Remember, when you fast, especially a spiritual fast, the time you would usually spend eating is spent with the Lord instead. Write down your questions, any struggles you may be facing during the fast, and what God is showing you in your journal. Go back later in the fast and read what you wrote. Often you will gain more revelation or see the answers to your questions as God completes the work He is doing.

Do you want to grow spiritually? Are you longing for a spiritual breakthrough? Give God your undivided attention through biblical fasting and see Him move on your behalf. Whatever the purpose of your fast, it will strengthen your walk with God. Fasting will cause you to thrive spiritually.