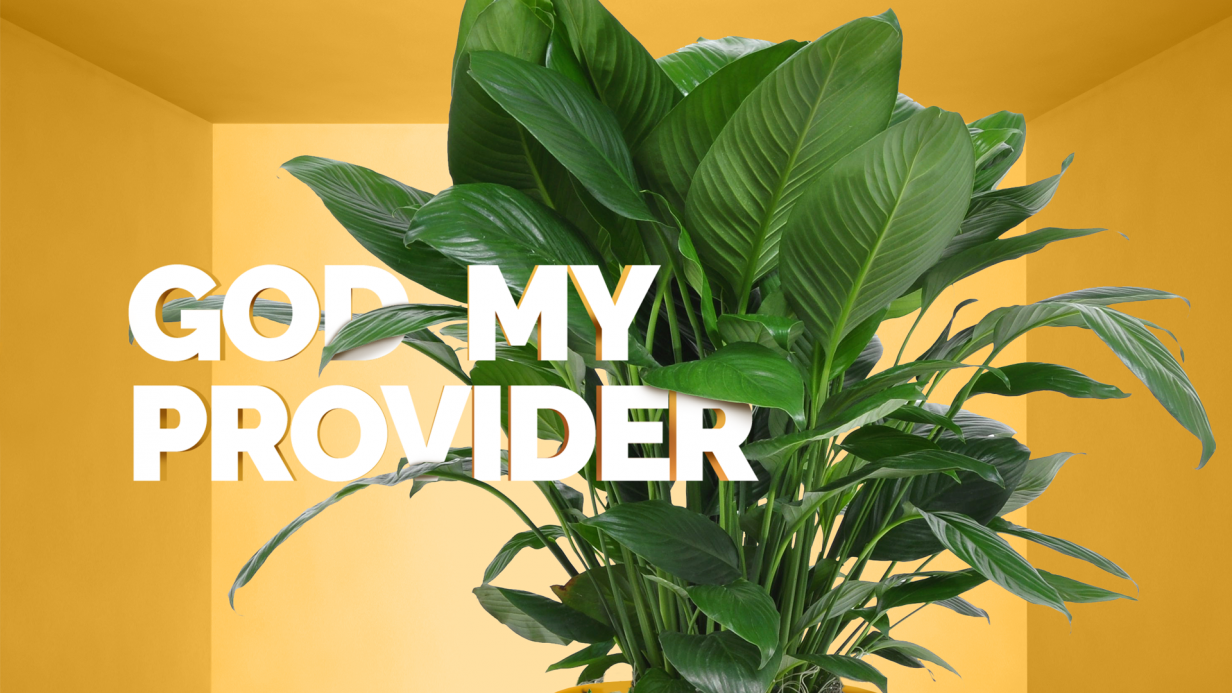 What do you do when your resources are not enough?  Do you believe that God will provide? We hope the following biblical examples will encourage you to believe for a miracle and remind you that God’s great provision can come in a number of different ways.

GOD CAN PROVIDE MIRACULOUSLY ALL BY HIMSELF.

In 2 Kings 4:1-7, a widow came to the prophet Elisha in great distress because her husband had left behind debts and the creditor was coming to take away her sons to be his slaves. She had been left in poverty, so when the prophet asked her if she owned anything of value in which to pay the debt, she confessed that she only had a jar of oil.

Elisha instructed her to borrow from her neighbors as many jars as she could, then shut herself in her house. Her sons may have looked at her in disbelief as she told them what she was about to do. But when she tipped the jar and started pouring, imagine their response when the oil didn’t stop after the first jar and kept pouring out again and again until all the jars were filled. Standing in the room, witnessing a divine miracle occur right before their eyes, they must have been completely stunned. This miracle from God provided more than enough to pay off her debts.

GOD CAN USE PEOPLE TO PROVIDE FOR US.

In the story of the Good Samaritan, a man was accosted by thieves and left on the side of the road to die. A Samaritan noticed him and had compassion on him. He bandaged his wounds, put him on his donkey, took him to an inn, and paid for his care.

Often, God uses people who are full of compassion and ready to give in obedience to God. In our family, God prompted people numerous times to provide for us when we were in great need. He heard our prayers and relayed the need to His people who readily responded.

GOD CAN PROVIDE FOR US BY OUR OWN HANDS.

Joseph was very industrious in whatever situation he found himself in. The Bible says, “he was a prosperous man…the Lord was with him, and the Lord made all that he did to prosper in his hand” (Genesis 39:2, 3). He was in the lowest position—a slave in a foreign land! Yet, God made him prosper and succeed until finally, he was no longer enslaved but was given a position so powerful that only Pharaoh superseded him (see Genesis 41:40–44).

God can provide opportunities of blessing for you no matter how dismal or depressing your outlook may be. The way He provides may not look like something you would want to do at first but is actually the doorway to greater blessing.

GOD CAN EVEN PROVIDE FOR YOU THROUGH YOUR ENEMIES.

In 2 Kings 7, Samaria was under siege by Syria and experiencing a terrible famine. Food sources were so low that something as unappealing as a donkey’s head was worth a tremendous amount of money. The prophet Elisha prophesied that their famine was about to end.

What Samaria didn’t know is that God was about to cause the Syrians to hear the sound of an approaching army—the roar of chariots, horses, and troops. The noise that resounded through their camp was so convincing, the Syrians “arose and fled at twilight, and left the camp intact—their tents, their horses, and their donkeys—and they fled for their lives” (v. 7 NIV). The Syrians left behind food, clothing, weapons, silver, and gold—everything that Samaria needed and more! A hopeless situation became a miracle to be talked about throughout countless generations.

Israel had been slaves for 400 years and had very little in the way of possesions but God changed their circumstances through an unlikely source. “The Lord had given the people favor in the sight of the Egyptians…they plundered the Egyptians” (Exodus 12:36 ESV). The Egyptians, the ones who had stepped on their necks and abused them for centuries, were suddenly eager to give their riches to the Israelite slaves.

Undoubtedly, God can answer prayers in very unique and strange ways. The Samarians, nor the children of Israel, could have ever dreamed that their enemies would turn out to be their providers, but when God gets in the middle of something, unusual things happen!

We encourage you to look for more instances in the Bible where God provided for His people. There are many, many accounts in the Scriptures of miraculous provision from God. But those types of stories don’t just occur there. God is still providing for His people today. Ask around, you may be surprised at just how many people have seen God at work in their own lives. He is Jehovah Jireh, our great provider.