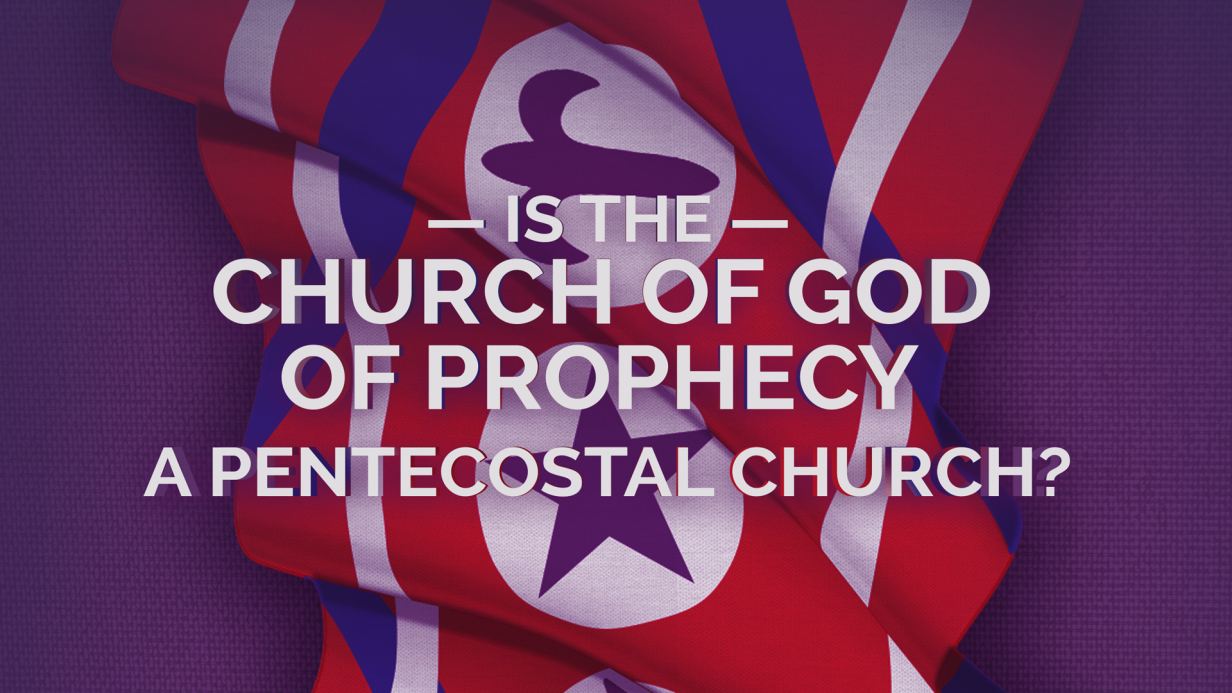 Many years ago, members of the Church of God of Prophecy were taught the COGOP was not a Pentecostal Church. I assume that this teaching was based on past eagerness to differentiate us from other churches and denominations, and to establish ourselves as “the Church of God of the Bible.” The following is a quote from the Body of Christ book as taught through Bible Training Institute until its closure in 1992:

The Church of God of the Bible is not just another “Pentecostal” church—it is the divine institution established by Christ which is now operating in the world on this side of the Dark Age. It is inappropriate to use the term “Pentecostal” to describe the Church, as this would leave a false impression and falsely indicate that: a. The Church had its beginning on the day of Pentecost; b. The Church places its main emphasis on the doctrine of the baptism of the Holy Spirit and on speaking in other tongues (the Church firmly believes in this; however, this is only one of many other important teachings – this doctrine is not the one that identifies or separates it from other churches); c. The Church is one among those who teach about the baptism of the Holy Spirit and speaking in other tongues. (This is not exactly one among many, but rather the only divine institution in the world and one that has no substantial affinity with the so-called “Pentecostal churches”).1

The beginning statement of the quote not only separated the Church of God of the Bible from other Pentecostal churches, but clearly positions it as “the divine institution established by Christ.” This assertion is also reemphasized in the last paragraph, where the Church of God of the Bible is declared to be “the only divine institution in the world, and one that has no substantial affinity with the so-called “Pentecostal churches”.” Even though we believed in the baptism of the Holy Spirit and speaking in tongues, one of the distinctives of the Pentecostal movement, we denied that we were Pentecostals, because recognition of that meant our acknowledgment of the Church being organized on the day of Pentecost and that we were like the others. Although many Pentecostals still accept the position that the church was organized on the day of Pentecost, I still believe that Jesus organized the Church before the day of Pentecost, when  He called unto Him whom He would and of them “He appointed twelve, whom he also named apostles, to be with him, and to be sent out to proclaim the message, and to have authority to cast out demons” (Mark 3:13-16, NRSV). To the group of disciples on the Day of Pentecost, He sent the Holy Spirit, having prepared them for the Spirit’s coming before His ascension (John 20:22; Acts 2).

Fortunately, the Church of God of Prophecy has changed its earlier line of thinking and teaching and regards itself as a church in the Holiness/Pentecostal tradition, a legitimate part of the body of Christ. However, the perception still remains among some of our members who reject the fact that we are a Pentecostal church. To support their claim, some even say that the word “Pentecostal” is not in the Bible.

Some years before Bishop Varlack’s statement, Vinson Synan wrote, “Following Tomlinson’s baptism under (G.B.) Cashwell’s preaching, the Church of God and all its subsequent branches became full-fledge members of the Pentecostal movement.” He also added that “the Church of God experienced one of its greatest advances under the impetus of the new Pentecostal message.”3

These five distinctives are all centered in the redemptive work of Jesus on the cross of Calvary. For us, each of them is personal, for they testify of the work Jesus has done in us. Maybe you can remember our “testimony services” of past times; they followed the pattern of the five-fold gospel: “I thank God because I am saved, sanctified, filled with the Spirit (if we had been healed, it was also included), and I am going home.” These testimonies, shared with the church, were evidence of the continuing presence and work of Jesus in our lives through the Holy Spirit.

So, what makes us Pentecostals?  Being Pentecostal is more than having a name. It is personally experiencing the redemptive work of Christ, and always setting Him at the center of everything we do; it is accepting His salvation given freely to those who believe; it is being sanctified by the blood of Jesus; it is receiving the baptism of the Holy Spirit, like those who were present at Pentecost; it is trusting in Jesus for the healing of our bodies; and it is living in expectation of His second coming. “Pentecostal” is living in the fullness of what God has for us as His Spirit-filled people.

1 Lessons in Bible Training Institute, Vol. I “The Body of Christ,” p. 392. Translated from the Spanish version