God’s Servant at the Bottom of the Mountain 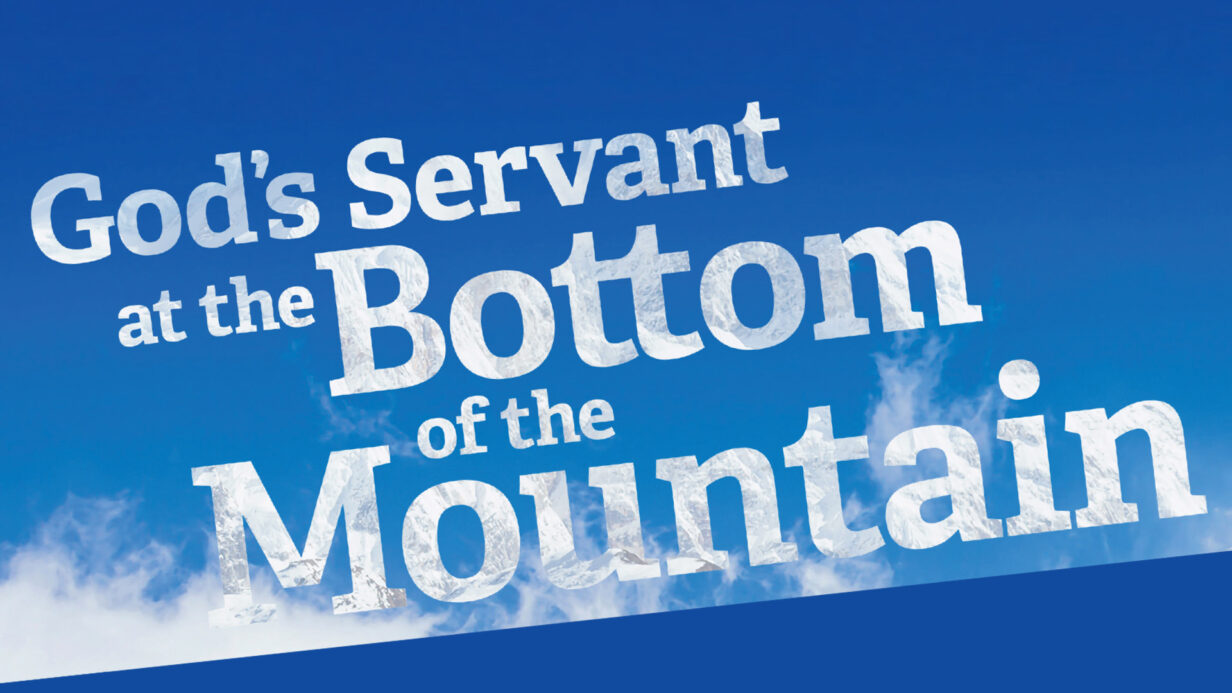 The story of Elijah on top of Mount Carmel in 1 Kings 18 and 19 reminds me of the deception and danger of victorious events or seasons in our lives. One day, the great prophet is celebrating calling fire and then rain out of heaven, triumphing and leading in the eradication of the false prophets of Baal. But the next day, Elijah is fleeing to a cave in the wilderness from a woman who has threatened to kill him. It is
an emotional and spiritual contrast that cannot be ignored in serving and ministering for the Lord. Every great Christian, especially pastors, can identify with this prophet of Israel. We have experienced victories and mighty accomplishments to only end up the next day, perhaps the next week or month, running
into a wilderness, a cave, a depression that makes us feel like we want to just die (and hopefully just go to heaven). And the sad reality must be confessed: no servant of God is immune from these powerful feelings of isolation and disappointment. Therefore, in this message from the Lord, I will share with you what is biblically proven, what is a naturally consistent with reality, and a truth that I have experienced several times in my own life and ministry.

Psalm 55 was written by David during the rebellion of his son Absalom. Ahithophel, David’s best friend after Jonathan’s tragic death, turned against him
and gave counsel to Absalom to help him chase the shepherd-king off his throne. This betrayal forced
him to flee from Jerusalem. It was a horrible time for God’s servant, and betrayal seems to be the theme of Psalm 55. It concludes with David holding strong on his reliance to God. This intimate passage reminds us how often men and women of God have had to face those deceptive times of being on the top of the mountain, only to find themselves the next day, week, or month, running in fear and struggling at the bottom of the mountain. This results in feeling like we are fleeing in a wilderness, hiding in a cave, or living a demoralized existence by the betrayal or unsupportive actions of so-called friends. I searched to create a list of servants of God in the Bible who faced these similar “changing tides” in their relationship or ministry for God:

• Abraham was victorious on top of Mt. Moriah in his obedience to God concerning Isaac. This event is soon followed by sudden death of his wife Sarah, the mother of Isaac.

• Moses was victorious on top of Mt. Sinai when God gives him the Ten Commandments, only to come down to the valley to find God’s people in idolatry, rebellion, and depravity.

• Joshua was victorious in defeating all the northern cities even to Mt. Hebron, but later allowed his armies to disobey and fail to drive out the Philistines and
the Canaanites.

• David conquered on the mountain called Zion in Hebron, but soon afterwards became tempted to commit adultery and murder, even neglecting discipline of his children.

• Jesus was transfigured on Mt. Tabor as the victorious Messiah with Moses and Elijah, only to descend to the bottom of the mountain to face rejection by unbelieving crowds and other religious leaders who would not accept that He was sent by God.

Discovering Courage and Strength at the Bottom of the Mountain

What joy for those whose strength comes from the Lord, who have set their minds on a pilgrimage to Jerusalem. When they walk through the Valley of Weeping; it will become a place of refreshing springs. The autumn rains will clothe it with blessings. They will continue to grow stronger, and each of them will appear before God in Jerusalem. O Lord, God of Heaven’s Armies, hear my prayer. Listen, O God of Jacob (Psalm 84:5–8).

Tom Allred writes in a devotional entitled, Strength through Adversity, about a man who found the cocoon of a butterfly. One day, a small opening appeared. He sat and watched the butterfly for several hours as it struggled to force its body through that little hole. Then it seemed to stop making any progress. It appeared as if it had gotten as far as it could, and it could go no farther. Then the man decided to help the butterfly, so he took a pair of scissors and snipped off the remaining bit of the cocoon. The butterfly emerged easily. But it had a swollen body and small, shriveled wings. The man
continued to watch the butterfly because he expected at any moment the wings would enlarge
and expand to be able to support the body, which would contract in time. Neither happened! In fact,
the butterfly spent the rest of its shortened life crawling around with a swollen body and shriveled
wings. It was never able to fly. What the man in his kindness and haste did not understand was that the restricting cocoon and the struggle required for the butterfly to get through the tiny opening were God’s way of forcing fluid from the body of the butterfly into its wings so that it would be ready for flight once it achieved its freedom from the cocoon. Sometimes struggles are exactly what we need in our life. If God allowed us to go through our life without any obstacles, it would cripple us. We would not be as strong as what we could have been. And we could never fly.

There are five points to learn in this story. The psalmist’s song (84) was written for the people of God to sing in the Temple:

1. ThePrincipleofPrayer,whichwasthepsalmist’sprimary solution in our struggle.

2. The Principle of Patience when things happen unexpectantly or slower than we want.

3. ThePrincipleofTrustinGod’sWaysevenwhenthey seem wrong or unjust to us.

4. ThePrincipleofObstaclesthathaveafunctioninour lives and in those we love.

I live in Oregon, and my family has grown to love this place very much. From the coastal cliffs and beaches, to the lush fertile fields in the valleys, to the majestic green pine-covered mountains, and even

to the wide-open high plains and deserts of the east side of Oregon—we love it all. Now,

many writers have mentioned over the years a road sign coming north out of California. It simply reads, “You are now leaving California, please resume normal behavior.” I was amused when I first read that statement, because both my daughters were born in California. Having lived there several years, I confess there are many strange and different challenges to living in such

a large and diverse state. Even so, I thought of that sign and found it more applicable for our journey to heaven. We cannot always live at the top of a mountain; therefore, we need to prepare

ourselves to live in the realm of challenges, troubles, stress, disappointments, heartbreaks, unexpected enemies, betrayals, and even a COVID-19 pandemic. They are calling it the “new normal.” But I think it is time to erect a new sign as we leave our houses: “You are now leaving normal, prepare for the challenges of reaching heaven.” By the way, God is traveling with us until we reach our final home!