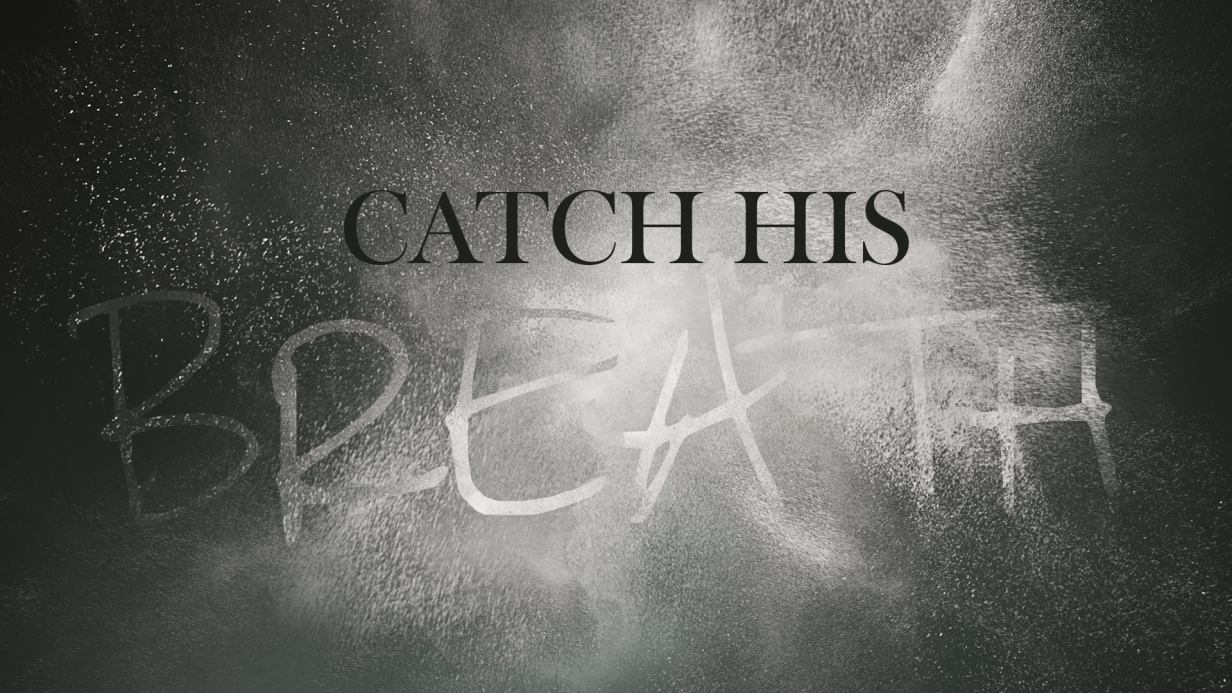 “And the Lord God formed man of the dust of the ground and breathed into his nostrils the breath of life; and man became a living being.”

The breath of God is life-giving breath. We are here because God breathed into us the breath of life. Ezekiel tells of a spiritual encounter or vision that he experienced in Ezekiel 37. The Spirit of the Lord brought him down into a valley that was full of dry bones and challenged him with this question, “Son of man, can these bones live?” He answered, “You know, Lord.”

Then the Spirit said, “Prophesy to these bones, and say to them, ‘O dry bones, hear the word of the Lord!  Surely, I will cause breath to enter into you, and you shall live.’” Ezekiel was also told by the Spirit to prophesy to the breath and say, “Thus says the Lord God: ‘Come from the four winds, O breath, and breathe on these slain, that they may live.’” When he prophesied as he was commanded, breath came into them, and they lived, and stood upon their feet an exceedingly great army. Breath was the difference-maker between death and life. God was showing Ezekiel He was about to send a fresh wind to breathe fresh life into the people of God.

When Ezekiel was told to prophesy, that word meant, “To speak by divine inspiration.” By divine inspiration, I want to speak this over the Church of God of Prophecy today. God has made provision for His divine breath to blow away dryness, remove hopelessness, and restore connection by breathing new life into each of us.

All of us occasionally find ourselves in need of a fresh breath from heaven. When we find ourselves there, we must seize the opportunity to catch His breath. A single breath will not sustain life. We must breathe life-giving oxygen again and again. Our bodies require an average of 20,000 breaths each day. Breathing not only sustains life, studies have shown that deep breathing also contributes to slower heartbeat, lower blood pressure, and less stress. If taking in oxygen results in all of these benefits, I can only imagine the benefit of deeply breathing in God’s Spirit, His breath.

The breath of God is a life-giving breath. It is also creative breath. On the first day of creation, God spoke into existence the heavens, the earth, and deep waters. Speaking requires breath. The Spirit of God is the breath of God. The words are the same in the original language.

He also spoke and created light and separated it from darkness. On the second day, He spoke and created the sky and divided the waters of heaven and earth. On the third day, He established boundaries for the waters causing dry land to appear. On this day, He also created all sorts of vegetation. On day four, God placed two great lights in the sky: the sun to light the day and the moon to give light by night. On the fifth day, the seas were filled with fish and great sea creatures and the skies filled with birds. The sixth day began with the creation of living creatures such as cattle and all the other animals that dwell on the earth. It is estimated that the world contains 8.7 million animal species. To identify and catalogue them all could take more than 1,000 years. God was not short on creativity. When we catch His breath, we catch His creativity.

If the Creator had done what He had done on every other day of creation, the best of His creation, human beings, would not be filled with the breath of God. His best creation would have been “less than” it was destined to be. If we do what we have always done, our best work will be left undone and our greatest ideas will never come to fruition.

In all of creation, only man and woman was created in the image and likeness of the triune God. The enemy of our souls would take great pleasure in filling our minds with thoughts that cause us to question our calling, doubt our abilities, and discredit our gifting. Insecurity fosters suspicion, encourages comparison, and invites us to seek to discredit one another. When we don’t feel good about ourselves, we most often don’t feel good about one another. We are well-versed in the meaning of 2 Timothy 3:16 that says, “All scripture is given by inspiration of God.” Scripture is God-breathed. The God that breathed the inspiration of Scripture into about 40 men who wrote the Old and New Testaments is the same God who breathed into your nostrils. The same God, the same breath. God’s breath of inspiration is inside each of us.

Perhaps, we all find ourselves in those seasons when it seems that inspiration can’t be found. The well runs dry. The Word loses its intrigue. And here it is again, the creativity stops flowing. When that happens, we think that maybe we just need to catch our breath. Slow the pace, take some time off, go to your favorite amusement park, sleep in. These things are an important supplement, but they alone will not usher in God’s inspirational breath.

Just how powerful is God’s breath? When He made man, He proved that His breath was powerful enough to bring life to dirt. Later, in John’s Gospel, that same breath was breathed on his disciples as Jesus said to them, “Receive ye the Holy Ghost.” Soon afterward, He promised His followers that they would be given power because the Holy Ghost, the wind of God, the breath of heaven, was going to come upon them. Then it happened! They were all with one accord in one place. And suddenly, there came a sound from heaven, as of a rushing mighty wind (translated breath), and it filled the whole house where they were sitting. What resulted was a powerful, dynamic, anointed, growing church.

Imagine how God’s kingdom could be propelled forward in the twenty-first century if every believer would once again catch His breath!