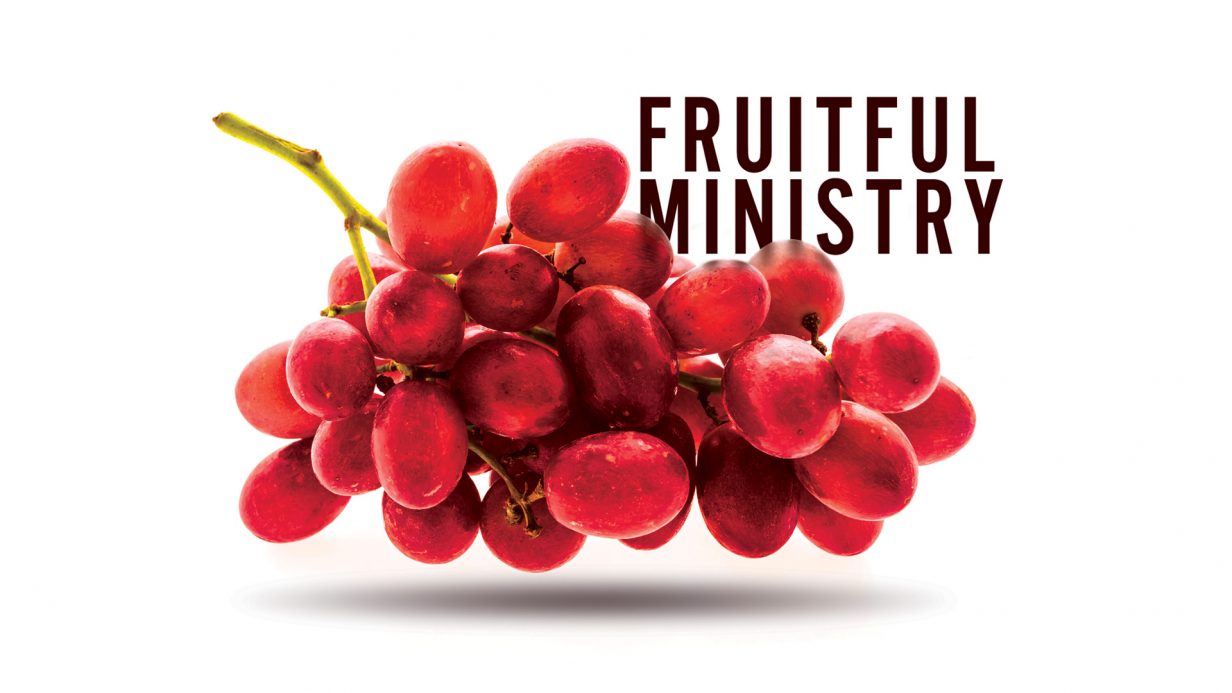 Throughout the Scriptures, we find God’s expectations for us to bear fruit. I think that this theme runs from Genesis to Revelation. In the garden of Eden, God commanded the land to “produce vegetation: seed bearing plants and trees on the land that bear fruit with seed in it, according to their various kinds” (Genesis 1:11 NIV).

When God created the great creatures of the sea and every winged bird according to its kind, He saw that it was good, and blessed them and said: “Be fruitful and increase in number and fill the water in the seas, and let the birds increase on the earth” (vv.21, 22). Again, the land was commanded to “produce living creatures according to their kinds: livestock, creatures that move along the ground, and wild animals, each according to its kind” (v.24).

God’s blessing to Adam and Eve after being created was: “Be fruitful and increase in number” (v.28a). Humanity fulfilled that command from God to multiply, but with the increase in number, and with a fallen nature, came the depravation: “The Lord saw how great man’s wickedness on the earth had become, and that every inclination of the thoughts of his heart was only evil all the time” (6:5). God was grieved and in pain, and He decided to wipe His creation from the face of the earth. But, in His grief, God found “Noah, who was a righteous man, blameless among the people of his time, and he walked with God” (v.8).

After the flood, when God told Noah to get out of the ark with his family and all the animals, God blessed all of them, and repeated the same command of the garden of Eden: “. . .multiply on the earth and be fruitful and increase in number upon it” (8:16; 9:1).

Bearing fruit is not optional

From the story of creation, we see that God has put in us the means to bear fruit. Fruit bring the seed that will allow them to continue the multiplication cycle and survival of trees; animals and human beings have the capacity to multiply when the male sperm fertilizes the female egg. Being fruitful is not optional. It is expected by God. The verbs used by God to command the earth, the sea and humanity to bear fruit are causative, active verbs, meaning that they cause the action to happen. “Let the land produce” (1:11), “let the water teem” (v.20); “be fruitful and increase” (1:28; 9:1). God had given us everything we need to be fruitful. I think that maybe that is why God was so upset with Israel, when they did not bear the fruits that He was expecting from them.

Once again the text gives testimony of God being proactive, having a vineyard on a fertile hillside, digging it up and clearing it of stones, planting it with the choicest vines…and expecting a crop of good grapes, but finding only bad fruit (Isaiah 5:1, 2). God’s reaction to not finding the kind of fruit He was expecting resulted in the destruction of His vineyard (vv.5–7), not without Him first protesting: “What more could have been done for my vineyard than I have done for it?” God did everything in his power to provide the means for Israel to bear fruit, but they did not, and for that reason they were judged.

In the New Testament, Jesus takes the theme of the vine again, and calls Himself the ‘true vine,’ and God the Father the gardener. Before addressing the disciples as the branches, Jesus makes clear that His Father “cuts off every branch in me that bears no fruit, while every branch that does bear fruit he prunes so that it will be even more fruitful” (John 15:1, 2). In the same way that God cleaned the land to plant His choicest vine, Jesus tells His disciples: “You are already clean because of the word I have spoken to you” (v.3), now you are ready to bear fruit.

To bear fruit we must abide or remain in Jesus, since He is the vine from where life comes. Jesus commands the disciples eleven times (vv.4–10) to remain or abide in Him, since this is the only way to ‘bear much fruit’ (vv.5, 8). Not abiding with Him will cause the opposite, causing us to be dead branches that will be cut off by God the gardener. The final fate for unfruitful branches will be the fire (v.6). Jesus as the Vine doesn’t want branches for the sake of having branches, just sucking the life of the tree without anything in return. Jesus says: “You did not choose me, but I chose you and appointed you to go and bear fruit–fruit that will last” (v.16). Since we have been chosen and appointed to go and bear fruit, that takes away the “optional” from the equation. We have been given the task to be fruitful.

Jesus helps us to be fruitful

As stated before, Jesus told the disciples (11 times in John 15:4–10), to remain in Him, since that was the only guarantee for them to be fruitful. But we tend to forget and to wander away from Him, thinking that our capacity, methods, experience, and theological education will help us to be fruitful. The saddest thing is that so many times we do this working for Him. Personally, I have always been concerned about bearing fruit for Jesus. I know that barrenness is not a blessing from God, and that it carries a lot of stigma to it. I also think about many of Jesus’ teachings and parables dealing with business, that He is always stressing about winning, not loosing. For that reason, I am always checking myself if I am bearing fruit for God.

On one occasion during my ministry, I found myself stagnant. I became worried with myself and also feeling some shame with God for my condition. I began searching the Lord, and He led me to John 21, the time when Peter and six other disciples decided to go back to fishing. They spent all night working, but caught nothing. But early in the morning, there was Jesus, standing on the shore, asking them if they had any fish. To their negative reply, Jesus told them to (throw the net on the right side of the boat that they will find some) (v.6).

Actually the ‘some’ were 153 large fish. John recognized Jesus, and told Peter: “It is the Lord” (v.7); Peter jumped into the water to meet Jesus, while the rest brought the boat and the net with the fish. What called my attention is that when the disciples got to where Jesus was, they found a fire of burning coals with fish on it, and some bread. Jesus even told them to bring some of the fish that they had just caught (vv.9, 10), and invited them to have breakfast (v.12). Jesus took the bread and the fish that He had already cooked for them and gave it to them. Can you imagine Jesus ‘the Chef’ making breakfast for His disciples? What they were looking for the night before, and could not find, Jesus already had. They were experienced fishermen, they had the boat, the net, the sea, but everything they did was fruitless.

What Jesus taught me from that passage is that if He is not in the boat, our efforts are fruitless. After a time of repentance and confession, I invited Jesus to my life and ministry, and after that, my ministry began to flourish again. It doesn’t matter our experience, our means, our theological preparation. If Jesus is not with us, and if we are not abiding in Him, we will bear no fruit.

One of the things that we learn from John 15 is that God, the gardener, prunes the branches of the vine that bear fruit, so that they can be even more fruitful. I think that theological education is a way of pruning us. Through theological education we are trained, taught, sharpened, and equipped for the work of God.

The writer of Ecclesiastes states: “If the ax is dull and its edge unsharpened, more strength is needed but skill will bring success” (10:10 NIV). Sharpening the ax requires stopping from cutting the trees, but the time invested will reward us with an easier and more fruitful work. Through the different teaching programs offered through the Leadership

Development Department of the Church of God of Prophecy, we provide theological and practical training to our ministers, leaders, and members. We firmly believe that to have fruitful ministries, we need to have trained leaders. We invite you to join one of our programs so that you can be better equipped for the work that the Lord has called you to do. God bless you.