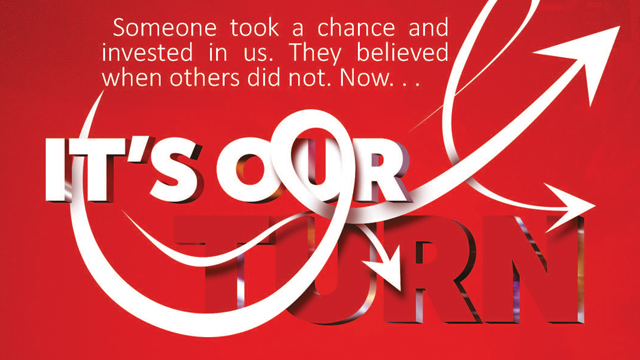 One summer, when I was on youth camp staff, I broke a camper’s leg. During swim time, I threw him into the pool like a rag doll and his ankle fractured. I was a fresh-faced, 15-year-old working in a camp of 11, 12-year-old children. It was only the second year of my youth camp ministry journey. I faced the haunting realization it might be over before it ever really began.

I was already on shaky ground. The year before, I had been lumped in with a small group of other disgruntled young staff. I had to talk my way into being allowed to work the second year. In the days leading up to the pool incident, I had already been scathingly ridiculed by the older staff. This boy getting injured was a horrible ending to a humiliating week.

As the next summer rolled around, working in camp never crossed my mind. I prepared to just go and enjoy life as a camper—until I received a postcard in the mail. My longtime favorite director from an older camp wrote, “DeWayne, I’m so glad you’ll be old enough to work in my camp this summer.” I had received an unexpected lifeline when I needed it most.

Has anyone ever believed in you when no one else did? Maybe the perception people had of you was shrouded in assumptions. Maybe you had taken previous opportunities and wasted them. Yet, you can look back and think of someone who threw you a lifeline, someone who, for whatever reasons, decided to ignore the crowd and see the potential in you. Thank God for them.

In Matthew 18, Jesus tells the story of the Unforgiving Debtor. The king went through his books and discovered a servant who owed him the equivalent of millions of dollars. Filled with rage, the king demanded the man, his assets, and his family be sold to pay the debt. When the man begged for mercy, however, the king granted it and forgave his debts. The servant, now free of that burden, now decided to target someone who owed him.

“But that servant went out and found one of his fellow servants who owed him a hundred denarii; and he laid hands on him and took him by the throat, saying, ‘Pay me what you owe!’ So his fellow servant fell down at his feet and begged him, saying, ‘Have patience with me, and I will pay you all.’ And he would not, but went and threw him into prison till he should pay the debt” (Matthew 18:28–30 NKJV).

Hearing about this turn of events, of his servant showing unforgiveness when he had been extended mercy, the king threw the “wicked servant” in jail for his debts. “Should you not also have compassion on your fellow servant just as I had pity on you?” (v. 33).

In this story, Jesus directly relates the concept of forgiveness and compassion toward each other and what we receive from Him. The way it speaks to me is that as I mentally line up the heroes in my life who have spoken words of encouragement and poured themselves into me, how can I do anything but the same to those coming after me? This is the legacy God wants us to have, of encouraging each other in the Lord.

We all know that not all leaders are so forgiving or willing to pour into others. Perhaps it’s because of insecurity or some grudge they carry about how they were treated. I have faced the mindset of “This is how I was done, so I’m going to do the same to you.” Instead of treating others as they wish to be treated, they fall back to treating others as they had been treated. There is a better way.

When God gives you the opportunity to pour your knowledge and direction into someone, you could view it as being given an unformed piece of clay. You could be upset at how far the piece of clay has to go before turning into a finished piece or be excited at the prospect of unlimited potential. As an amateur artist myself, I also know that sometimes the finished product takes on a life of its own and may not stay on the same course I think it should. Many times, it is better.

Recently at a child’s birthday party, I picked up a Nerf gun and ran around acting like a kid. I’m a little old for that, but because my girls are so young, I have to get in the trenches more than others my age might. As one little boy started shooting at me, he said, “Bring it, old man!” Old man. He called me “old man.” It stung a little.

In his eyes, I am very old. In my eyes, I’m older than I’ve ever been. Some of you reading can relate. Our shelf life has an expiration date. We have a precious amount of time to make a difference. We have an incredible way to do that through mentoring and encouraging. If that little boy needed anything beyond target practice from me, I may be too advanced to make a difference. But perhaps I can make a difference to a younger leader who would in turn, impact his life.

At one youth workers’ convention that was very cutting-edge at the time, the owner, the late Mike Yaconelli, stood up and shared from his heart about youth ministry. He acknowledged the ticking clock and narrowing window of opportunity and even said he prayed for younger leaders to rise up and “put us out of business.” What an amazing perspective; blessing the new generations. He had worked his way out of taking anything personal or encroaching on his territory. The end game was just too important.

The apostle Paul was a great hero in the faith and yet he knew the ministry was not all about him. He poured into others, including young Timothy, who he encouraged with the familiar verse, “Let no man despise your youth; but be an example of the believers, in word, in conduct, in love, in spirit, in faith, in purity” (1 Timothy 4:12 NKJV). I wonder if Paul could ever have imagined the billions of believers that would be encouraged by this simple encouragement. His time was limited, but that impact was eternal.

One of the greatest singers I’ve ever heard was told by a choir director that she’d never be good enough to sing a solo. A successful businessman was told by his insecure boss that he’d “never amount to anything.” Someone spoke blessings to override those cursings. We all carry around negative pronouncements from the past. You may have people in your life who are so uplifting they make you feel you can do anything. What type of leader do you want to be remembered as? What words are you leaving with the next generation?