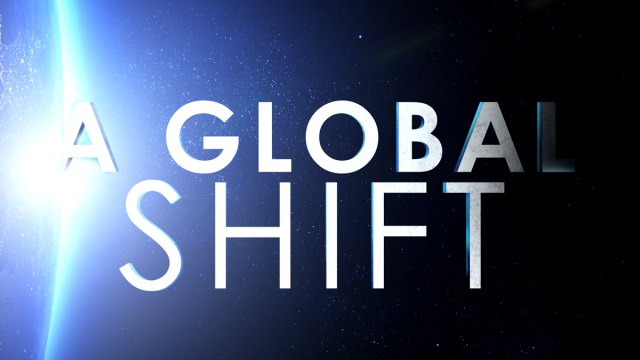 In the last few months of 2017, we experienced unprecedented global weather-related disasters with concentration throughout the United States, the Caribbean, Mexico, and parts of Asia. At one point during the hurricane season, I opened a weather photo with three Category 5 hurricanes documented within the frame. We witnessed the disastrous fallout of the storms in news coverage predominately across the southern United States and the English and Spanish-speaking Caribbean nations.

After Irma made landfall on the island of Barbuda, Prime Minister Gaston Browne personally reported: “It was … absolutely devastating. I have never seen any such destruction … Ninety-five percent of the properties in Barbuda were damaged. The infrastructure was damaged, all of the institutions, the lone hospital, the schools, it is absolutely heart-wrenching.”

As we began to receive reports of the destruction, response to the needs was already in progress. Local church pastors began putting together teams that made their way to the worst-hit areas with skill sets in construction, electrical engineering, medical response, providing water and emergency supplies, hospitality in providing safe recovery areas, meals, etc. Several churches across the disaster areas were set up as provision stations to accommodate those who had lost so much in the storm.

What often emerged from the devastation was a response of compassion and caring for those affected by the storm. Ministry rose in many of these regions providing a fresh revelation of the Gospel of Christ. Challenges provided opportunities and refocused ministries on how to do ministry in a shifting and crisis-centered community. As truckloads of supplies were transported into the affected areas, the compassion of Christ revealed was not based on the name of the local church, rather on the Lord responding to the needs of others.

The other response came from local pastors and churches who came with supernatural financial gifts to supply these ongoing opportunities. In the early days, even before we had a grasp of the degree of damage suffered, local church congregations were reaching out to their family in the US and across the world. One of the great blessings of our fellowship is the relationships we share with one another. During the response, the Lord led us in the global task of sharing the whole Gospel to the entire world.

Two international leadership meetings late in the year reflected a refocus of providing ministry in a crisis-shifting environment, recognizing the collision of a fresh revelation of the Gospel of Christ and the constant changing world climate (politically, financially, and meteorologically).

Early last year in prayer in the Upper Room in the International Offices, I was seeking direction from the Lord concerning a fresh move of the Holy Spirit in my ministry and a new strategy in leadership concerning global missions. Tarrying in quiet prayer, His response began preparing me for what was to come through three directives: hear, discern, obey.

Often, the challenge can be just to hear. This requires a readiness to slow down and silence the urgent tasks and routines that are screaming for attention. The charge to hear came with the challenge to listen with vulnerability. I was not to listen to my own hopes, dreams, or directions, but to listen for the voice of the One who calls to service.

However, to hear with the sense of complete vulnerability and openness, to comprehend the magnitude of greatness being imparted, requires a willingness to stop and linger in His presence. The directive to discern was an invitation to clearly identify the call and to recognize the cost required to respond in complete obedience. It is only in these moments of anointing before the Lord that we witness that same spark that rises from generations past, “Here am I, send me.”

Some years ago, I heard the mission testimony about a group of young people who had committed to a prayer trek through a non-Christian nation. Within this nation were several known unreached tribal people groups who had never encountered the Gospel. As a small group of them were walking and praying through the day’s assignment, a young boy emerged from the underbrush and approached one of the young men. In the crisis of an unguarded, very God moment, the young boy began a conversation with one of the young men participating in the prayer trek. Amazingly, as the boy began to speak to him, the young man responded in the boy’s language. They spoke for a few moments as the others stood some distance away. After a few moments, the boy motioned for the young man to stay and he would return.

In a few moments, the young boy returned with one of the elders from his people. The elder communicated with broken fragments of words in their language. He questioned them about what the young man had said to the boy. The young man asked what the boy had told him and he responded that he had told him the young man said they had come to build a well to provide clean water for his tribe; to provide a school where the children of the tribe could learn, and assist with infrastructure to benefit their way of life. As the conversation progressed, it became clear that the Holy Spirit had used the encounter between the young prayer participant and the small boy to lay the foundation of a complete mission strategy in which to provide a witness of compassion and an opportunity to reach them with the Gospel.

At the completion of the prayer trek, the sponsoring mission agency returned to the area to put in place every directive of the ministry outline according to the direction of the Holy Spirit. They also presented the Gospel of Christ as the foundation of the support. The entire tribe received the Gospel.

When we read about the outpouring at Pentecost in the book of Acts, we sense an urgency in the supernatural empowerment to evangelize the world. Part of that urgency was a sensitivity and gifting of power to be at the right place, at the right moment—like a roof top experience when Gentiles seek you to share what the Holy Spirit has given (Acts 10). It encompasses the same mission strategy the Lord spoke to me earlier this year: hear, discern, and obey.

At every crisis moment, God has positioned someone who is listening and discerning. Positioned, the Holy Spirit opens our senses to have the mind of Christ and move in complete obedience to His directive. Only the Holy Spirit can take the Word spoken in human weakness and carry it home with power into the mind, the heart, the conscience, and the will of the hearers. The prophet reminds us, “Not by might, nor by power, but by my Spirit says the Lord Almighty” (Zachariah 4:6).

As the world continues to experience global shifting, may we be so positioned and empowered by the Holy Spirit that the Lord may lead us to service and connection in the global task of sharing the whole Gospel to the entire world.